State of the Healthcare Agenda after the House Passes AHCA

May 4th, the Internal Revenue Service (IRS) released 2018 health savings account (HSA) limits, and the House voted to expand HSAs under the American Health Care Act (AHCA). With the House of Representatives passing the AHCA by a narrow vote of 217-213, the focus shifts to questions about when the bill may emerge from the U.S. Senate and what it may look like if and when it does.

The same day the AHCA passed the House, the Internal Revenue Service (IRS) announced increased 2018 inflation-adjusted limits for HSAs. In 2018, account-holders will be able to contribute $3,450 for single coverage, or up to $6,900 for family coverage. 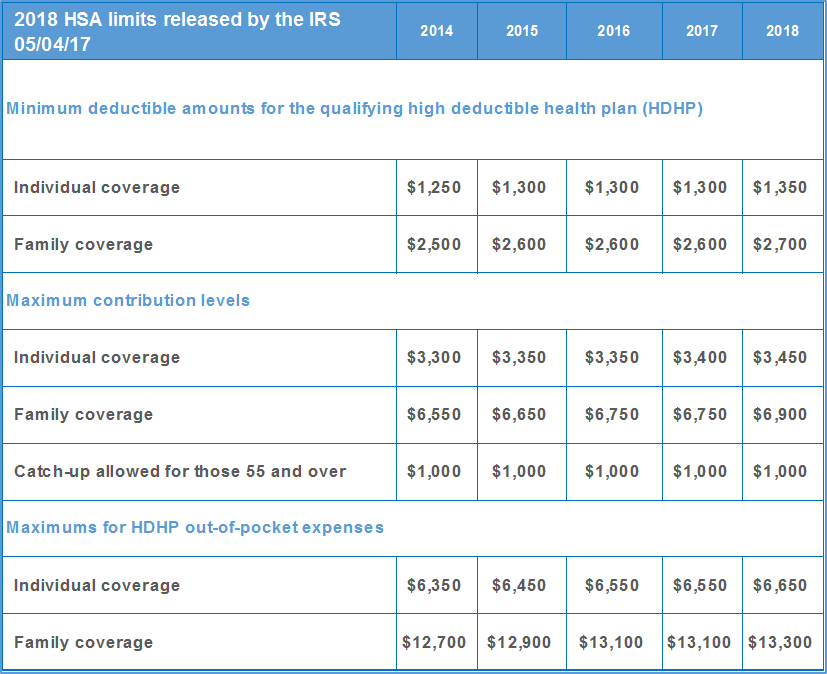 The House-passed bill aims to expand HSAs, raising tax-free contribution limits to match out-of-pocket maximums on high deductible health plans and adding provisions to make HSAs more flexible. Under the House-passed bill, limits would nearly double, to $6,550 for individuals and $13,100 for families in 2018.

The House-approved legislation addresses many consumer-directed healthcare (CDH) industry issues, just as they did in the first version of the bill that did not pass the House on March 17, 2017. While the provisions remain the same, some of the effective dates did change, and we expect them to change even further. There is also some discrepancy as to whether the HSA contribution increase is designated for 2017 or 2018, as the official summary and prior bill do have differences in date.

Unlike earlier drafts of the bill, the final House bill does not allow excess tax credits to be paid into designated HSAs.

The Congressional Research Service has issued a 72-page report that contains three tables that, together, provide an overview of all the AHCA provisions.

Unlike the House, the Senate cannot begin to work on the bill until it has received an official score from the Congressional Budget Office (CBO). The CBO score accounts for the cost of the bill, its impact on healthcare costs and coverage, and will be an important factor and jumping-off-point to determine which provisions of the House-passed bill may remain and which may be subject to a budget point of order under the budget reconciliation process. Key Senate Republican leaders signaled today that the process will not be rushed, “will take the time to get it right,” and that Senators should “manage expectations” and “remain focused on the art of the doable.”

This September, the FY17 budget reconciliation instruction that is currently being used for healthcare reform will expire. This is the only hard deadline to get the repeal bill to President Trump. However, we expect to see pressure to pass the bill out of the Senate before the August recess so Republicans in Congress can use the baseline changes to assist with tax reform negotiations.

Key details in the House product will have to be modified, not only because the politics of the Senate are different than the House, but because the requirements of budget reconciliation demand it. As a result, the House Bill will become, at best, a starting point. This is where budget reconciliation rules become critical. Democratic leaders have made it clear that they will continue to attack the House product and that Republicans are on their own to attempt to repeal Obamacare. This means they will have to use reconciliation and get to 51 votes, not 60.

While the Senate parliamentarian hasn’t ruled on the House bill, many long-standing Senate observers believe that there are several areas of the bill that are likely to be subject to the Byrd rule and will have to be dropped from the Senate bill. These include many of the insurance market reforms, such as state waivers, preexisting conditions, and the essential health benefits, that have been subject of key compromises over the past few weeks to make the House-passage possible. Typically, Senate parliamentarians are guided by precedence, and there is precedence for ruling out of order pieces of reconciliation bills where budget impact is merely incidental to a broader policy change. But, this is a new bill and this parliamentarian may decide that the provisions can stay in. Only time will tell. This will be a huge initial question as the Senate begins to share the product and search for at least 51 votes.

Beyond Senate changes to the insurance provisions within the House bill, or others that may be forced by the rules of reconciliation, there are other possible substantive changes that could come due to political pressure from various Senate factions and where they need to go to achieve a majority vote.

In the Senate, the “law of small numbers” rules. Leaders can only afford to lose two votes (50 plus the Vice President for passage); therefore, small groups of members can quite literally tank the bill. It will be interesting to see how the Senate leadership balances these factions as these small groups do exist today around the areas of spending, regulation, Medicaid funding and more.